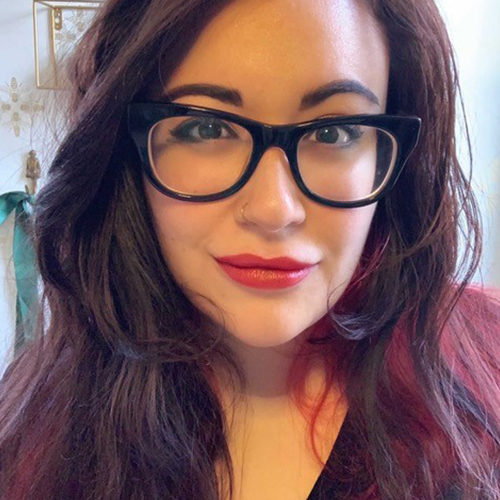 Zoë A. Gulliksen is a former movie journalist from the Upper West Side, NYC, and was featured in reality TV shows including as “Comic Store Heroes” for National Geographic. After graduating from Rutgers University with a BA in Creative Writing, she worked at Gotham News, The New York Public Library, MoviePass, and Midtown Comics. Zoë has interviewed filmmakers such as Steven Spielberg, Winona Ryder, and Leonardo DiCaprio. Now she is currently at work on an alternative-history science-fiction novel. She lives in Asbury Park, NJ, with her fiancé and her french bulldog, Bug.

Creativity Did Wait For Me

 finding creativity, writing inspiration
In the summer of 2019, I was working in a medical office, the opposite of where I thought my creative writing degree would lead me. My enthusiasm for a manuscript I’d been writing was wearing off. I knew I had stories in me, but my creativity was stagnant.
read more 9

I would like to update everyone that I found a phenomenal dress in only 30 minutes. read more »

Well, my mom’s prayers were answered and I found the perfect dress in 30 minutes. I’m the least dramatic bride 😂 read more »

I would like to update everyone that I found a phenomenal dress in only 30 minutes. read more »